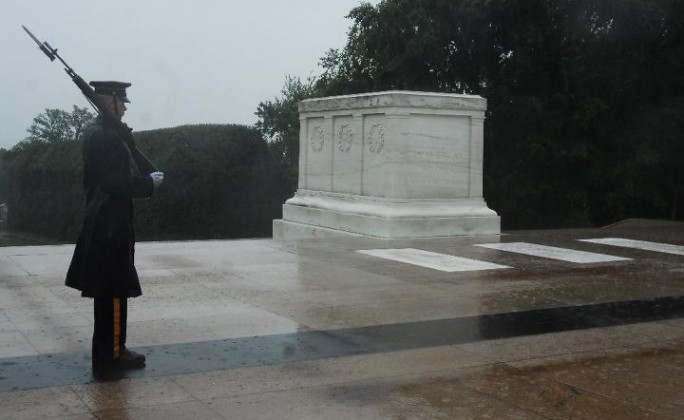 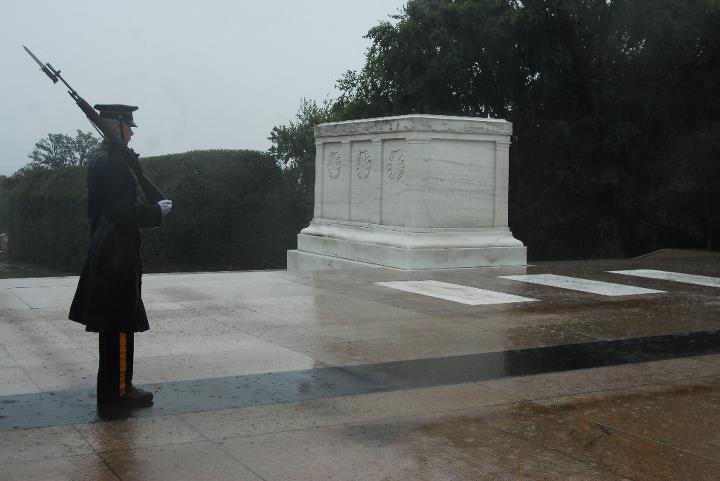 A lone Tomb Sentinel, 3d U.S. Infantry Regiment (The Old Guard), walks his tour in humble reverence during Hurricane Irene in Arlington National Cemetery, Va., Aug 27. Members of The Old Guard have guarded the Tomb every second, of every day regardless of weather or holidays since April 6, 1948.

The 3rd U.S. Infantry, traditionally known as “The Old Guard.” is the oldest active-duty infantry unit in the Army, serving our nation since 1784.  Since World War II, “The Old Guard” has served as the official Army Honor Guard and escort to the President. In that capacity, 3rd Infantry soldiers are responsible for conducting military ceremonies at the White House, the Pentagon, national memorials and elsewhere in the nation’s capital. In addition, soldiers of “The Old Guard” maintain a 24-hour vigil at the Tomb of the Unknowns, provide military funeral escorts at Arlington National Cemetery and participate in parades at Fort Myer and Fort Lesley J. McNair.