It is with great sadness that we report the loss of 2LT David E. Rylander. 2LT David E. Rylander, 23, of Stow, Ohio died in Logar province, Afghanistan, of injuries sustained when insurgents attacked his unit with an improvised explosive device. He was assigned to the 7th Engineer Battalion, 10th Sustainment Brigade, 10th Mountain Division, Fort Drum, N.Y. A fellow soldier, Spc. Junot M. L. Cochilus, 34 died in the same attack. 2LT Rylander was an engineer officer. He arrived at Fort Drum last November and he was deployed with his unit in support of Operation Enduring Freedom in January.

He is survived by his mother and father, Jacqueline and John Rylander, two brothers and a sister.

A service for Rylander will be held 11 a.m. Saturday, 5/12/12 at the Chapel in Akron off the Hamilton Ave. entrance. Burial will be at the Ohio Western Reserve National Cemetery in Rittman. 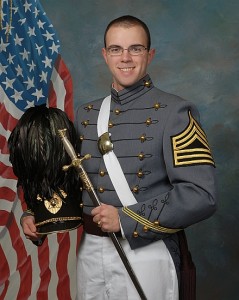