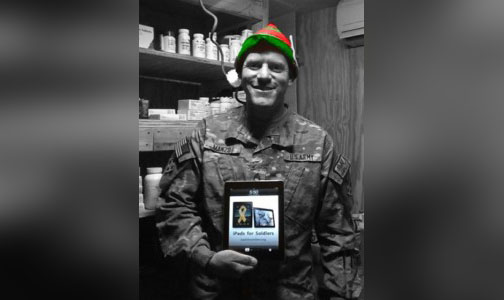 It’s not often that we get a pictorial play by play on the arrival of the iPads… so this thank you note deserves a full post!  As the iPads have been delivered overseas for Operation Holiday Cheer, we expect to get more thanks and photos like these – and hopefully some video too!

We wanted to let you know that THIS is what your support means to the troops:

Just wanted to say thanks again for all of your efforts getting the iPads for my Soldiers. I have handed out almost all of them with a few remaining as soon I can catch a flight out to some of the COPs due to the weather here.

The looks on their faces was priceless and many of them said they had never received anything this nice as a gift ever in their lives. I passed out the boxes face down and then made them point the side towards me so I could sneak in some pictures before they started to unwrap them (you can tell in some that they have no idea). 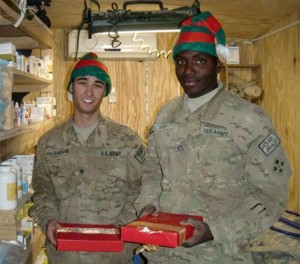 As soon as they flipped the box over, their eyes lit up and most of them started jumping around like little kids. 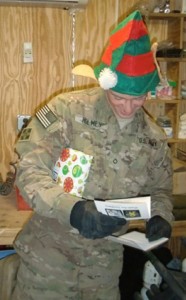 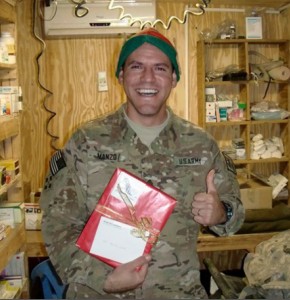 I just wanted to say thanks again and I’m working on putting a short video together on iMovie of the Soldiiers saying “thank you” to post to the internet if I can ever get enough bandwidth (or snail mail worst case). I’ll keep sending the pictures as I get them and let you know when I finish the movie.

Have a great day!

P.S. everyone loved the hats and I took the Santa one of course haha. 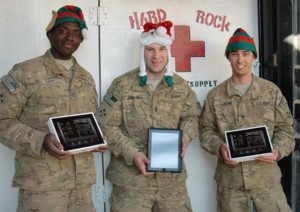 After the CBS story ran, we’ve got so many more requests to brighten the New Year for Soldiers serving our country.  There’s still time to get your tax deductible donation made before the end of 2010!

Thank you ALL for your support!  Without you, moments like these would not be possible.  Happy New Year!