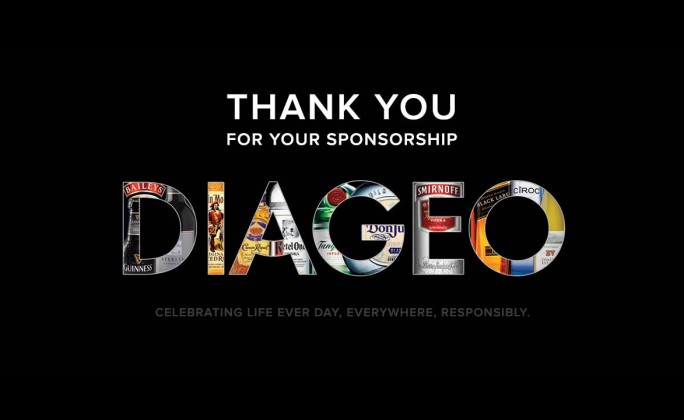 DIAGEO SALUTES THE TROOPS WITH YEAR-LONG COMMITMENT TO MILITARY PERSONNEL

NORWALK, Conn., – Diageo, the world’s leading premium drinks company, today announced a year-long commitment to military personnel with an inaugural donation of $10,000 to iPads for Soldiers via the Captain Morgan brand’s First Mate Fund. The contribution is the first in a series of military-focused initiatives that will be executed by Diageo over the next year.

iPads for Soldiers will utilize the donation to provide troops in combat with technology to improve life in the field. The 501(c)3 organization was founded in 2010 by Winnie Pritchett, whose son Wes was serving in Afghanistan at the time. Pritchett recognized the need for soldiers to be able to conveniently access the Internet, stay in touch with loved ones at home and learn new skills, all of which can be done through the use of iPads. For more information, please visit www.iPadsForSoldiers.org.

The donation is being made via Captain Morgan’s First Mate Fund, which was established in November 2010 to benefit non-profit organizations that support responsible drinking and other community initiatives. To date, Captain Morgan has donated close to $1,000,000 to charitable organizations across the country, including Designated Drivers Foundation, BeMyDD, Operation Economic Freedom, Responsible Hospitality Institute, 100 Black Men and various food banks.
The iPads for Soldiers donation kicks off a year-long initiative designed by Diageo to honor troops through a series of military initiatives. Brands that will participate in military-focused programs include Crown Royal, Cîroc, Jose Cuervo, Smirnoff and Captain Morgan.
“We recognize the sacrifices men and women in uniform across the country and overseas are making on a daily basis and are excited to honor them for their selfless service,” said Glenn R. Marchi, Director of Corporate Relations Operations, Diageo and Colonel, New York Guard. “We hope these programs are able to provide military service members and their loved ones with unique, once-in-a-lifetime experiences as a small token of our thanks for all they do to protect and defend our great nation.”
Crown Royal will honor one deserving man or woman with naming rights to the Brickyard 400 NASCAR race at Indianapolis Motor Speedway on July 29th, 2012 through the brand’s annual “Your Hero’s Name Here” program. The winner, as determined by consumer vote, will be treated to an unforgettable experience, which includes waving the green flag to signal the start of the race and delivering the trophy bearing his or her moniker to the race winner in Victory Lane.
Military service members will also be encouraged to hit the sand with Jose Cuervo’s Pro Beach Volleyball Series, which will sponsor volleyball leagues on military bases across the country. The bracket-style series will end with a championship game in California where the finalist teams will battle for ultimate bragging rights with the help their own pro coach.
Other military initiatives Diageo is set to execute this year include Cîroc vodka’s “Cîroc The New Year” promotion, which will award military members a chance to ring in the new year with P. Diddy at Cîroc’s official New Year’s Eve celebration and a trip to the finale event for Smirnoff’s Master of the Mix television program, a reality competition in search of the nation’s best DJ, among others.
When raising a glass to the troops, Diageo reminds you to always drink responsibly.
About Diageo
Diageo (Dee-AH-Gee-O) is the world’s leading premium drinks business with an outstanding collection of beverage alcohol brands across spirits, wines and beer categories. These brands include Johnnie Walker, Guinness, Smirnoff, J&B, Baileys, Cuervo, Tanqueray, Captain Morgan, Crown Royal, Beaulieu Vineyard and Sterling Vineyards wines.

Diageo is a global company, trading in more than 180 countries around the world. The company is listed on both the New York Stock Exchange (NYSE: DEO) and the London Stock Exchange (DGE). For more information about Diageo, its people, brands, and performance, visit us at Diageo.com. For our global resource that promotes responsible drinking through the sharing of best practice tools, information and initiatives, visit DRINKiQ.com.